My Feeling After Attending Concerts 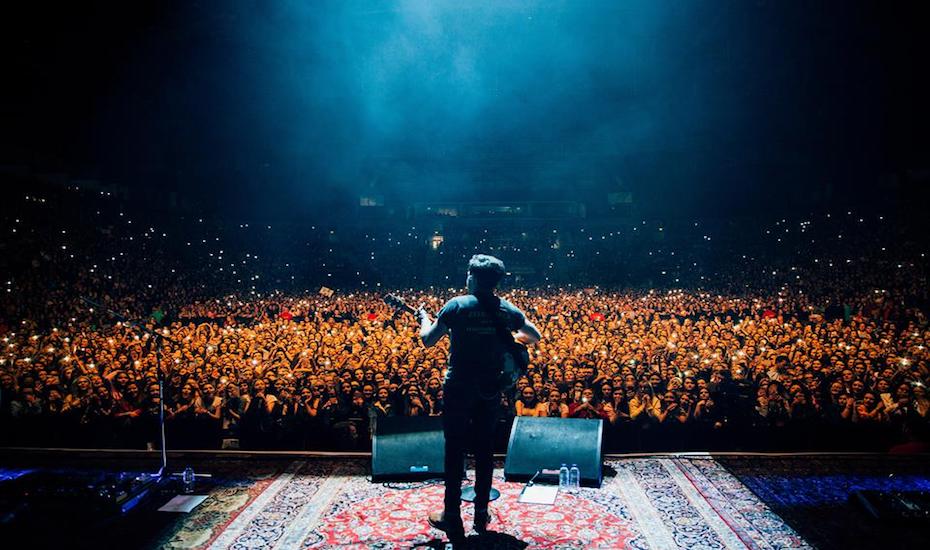 Niall-Horan-Live-Concert.jpg930×550 83.4 KB
Based on my experience to participate in concert before, I’d found out there have many advantages of organizing a concert. First, I know the musicians who organize a concert can be more popular. It is because I have a deepen impression about the musicians from the posters which show in everywhere before, and I think others are same as me. Next, organizing a concert can earn a lot of profits. It is because the tickets of a concert I had bought before is very expensive, especially those who are very famous. The price of one ticket can be an office lady’s half-month’s salary, and this is why I believe organizing a concert can earn a lot of profits after deducting the price of costs. Last but not least, organizing a concert can improve a country’s economy. As my experience, I had been to Korea for a concert before. The total fees I had used not only for the concert tickets, but also for me to stay and eat in Korea for few days. Through this situation, I think that organize a concert can improve a country’s economy is inevitable.
aqeelasher November 22, 2019, 2:36am #2

yup, it really improves the economy of the conutry itself… i always want to go to a concert but the musician did not came to Malaysia for their concert… hoping for any tehcnology would make people like going to the concert but it is only a virtual one? hehe

maybe like hologram tech or any tech that can see the concert from far. if hologram we can see like real life

I love to attend concerts but I can’t stand with crowds situation. Yes, it takes something to fix this problem.

yaa. sometimes we need to enjoy for our self. maybe some technology like hologram can help others. like my sister really love go to concert but when she sick now, I cant help her.

yeayy. sometime that concert on my sick day or on my appointment with doctor. when i want to see live streaming, its really annoying. yeahh, 4g not really enough

I agree with u sis. Well, those 3G and 4G networks are expected to be massively outdone by the commercial implementation of 5G as soon as next year.

5G dramatically improves both latency and data rates. That means you could expect to see the typical webpage load completely in one second, versus a several-second or longer delay. so, we know that never get paused or lag when seeing online concert right

i think virtual concerts hold the potential for major growth due to the emergence of 5G speeds. wait and see

yeaah. actually we also expect 5G to have a massive impact on business creating business value in the way 4G created social value.

did u mean the seamless transfer of connectivity between indoor and outdoor makes things like events, theme parks, movie theaters, and concerts an opportunity to innovate and make event-experiences a reality, benefitting both the user, the artist and the venue.

yes. actually Virtual concerts hold the potential for major growth due to the emergence of 5G speeds. At the same time, this concept is already reaching fantastic heights.

Once 5G becomes commercially viable, the massive improvements in speed and quality will open up wonderful opportunities for innovation and the expansion of data-heavy offerings that simply aren’t possible when working with slower connections.

I read once about concert at oversea earlier this year, which was watched by approximately 10 million concurrent users. Although the concert was only 10 minutes long, its incredible reach illustrates the expansive future potential for virtual live shows.

pretty sure good for musicians, 5G will take the possibilities for remote collaboration to an entirely new level. Although a range of tools already exists for remote recording, the high latency and lack of reliability in current network connections pose many challenges and greatly reduce the potential for success.

Thats why we need telco provider that can give better and enhanced 5G experience to user as many invention and improvement can be made… I guess TM can give the 5G that people wants… Look at they now, still standing still since dial up those days…

Later when 5g already implemented, if I want to play games, will be smoother than now right… Can’t wait for it to be fully implemented then