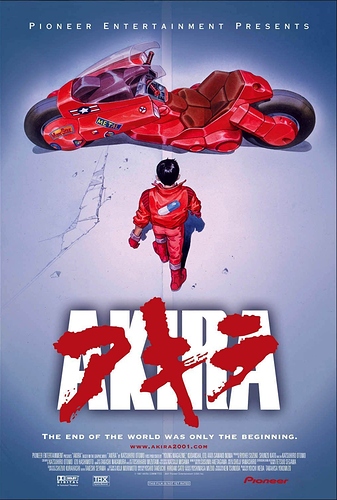 Throughout the years, Japanese art has influenced the world in many ways. Traditional Japanese art such as the illustration of a famous Japanese warlord or serene waves across the ocean can be viewed as the founding fathers of many famous works you might have seen today. Lets take the movie " Akira " for example, it is based off a drawing of a Japanese artist which was under the influence of psychedelic drugs. From the mere perspective that a person who is not sober creating a masterpiece is truly astonishing. Too, Akira even up to today is viewed as more of an art than a movie, inspiring millions across the world to innovate and creating something new. Until this date, many clothes, movies and modern interpretations of art are galvanized by one movie itself.